Yesterday I attended the Skills Matter ClojureX conference – one of the best I’ve been to. It had the same feeling as JavaOne before it got all commercial and Apple’s WWDC before every person and their animal started attending… As one person remarked, an “ordinary conference” would of taken two days to deliver what this one did in one!

The standard of talks was consistently high, and only one speaker payed the price of “live coding” with things not quite going to plan. Even that session was still fun as the audience shouted out possible solutions to her problem (think group programming :). A small price to pay when you consider how much live coding increases the quality of the presentations – one of the advantages of the REPL.

What were my favourites?

I must also mention (as I did in a tweet) that almost 1/2 the people at the conference were working on commercial products for Banks, Media companies, Start-ups and I’m sure a whole lot more. It wasn’t until near the end of the day that I personally met someone who wasn’t a commercial Clojure programmer! Anyone who dis’s Clojure as “academic” or “too geeky” had better watch out because it’s in your rear-view mirror and it’s a Ferrari! If your competitors start using it (well) then you won’t know what hit you. Overall I came away feeling extremely positive for the prospects of Clojure in the industry.

The videos are certainly worth watching, but if you don’t have time, here are the takeaways I got as a mind-map (which I’ve been using for the past few years to take notes – I find it more effective). As I knew that the talks would be on-line (some of them were within an hour or so!) my notes are about topics of immediate interest to me – mostly around new tools to investigate or articles to read, so if one of the topics really interests you then it will be worth watching the related video. 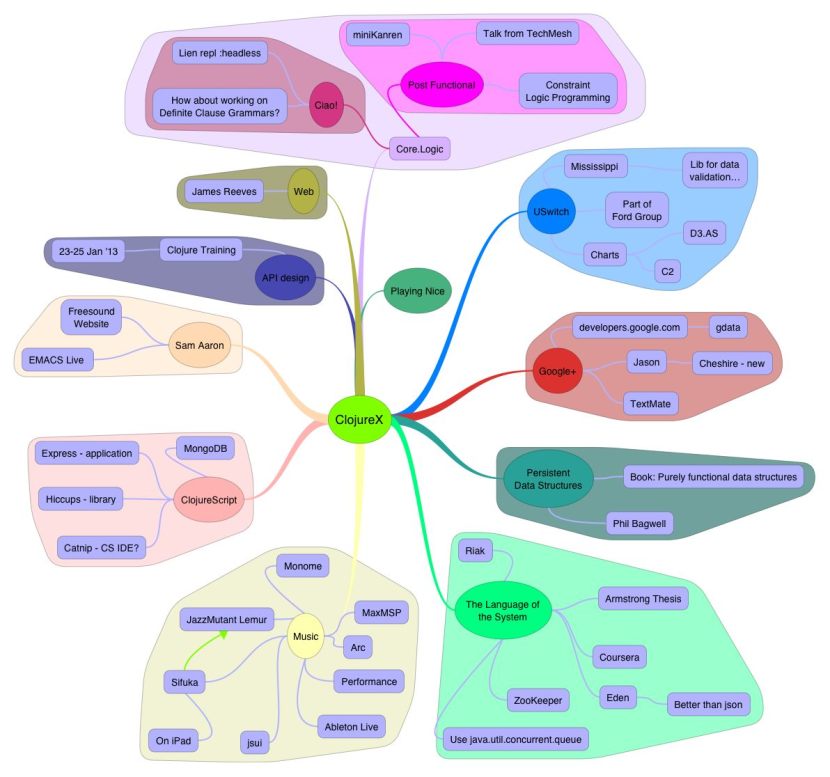 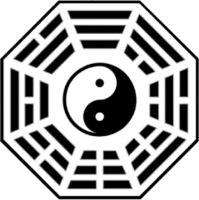