I was “doing stuff” on my iMac and got a Notification saying “Why not try the new Memory efficient and Fast Safari?”. Fine – I thought – I’ve just upgraded to Yosemite, so why not give it a go?

Boy, was that a mistake..! The first hint was Safari “Not Responding” 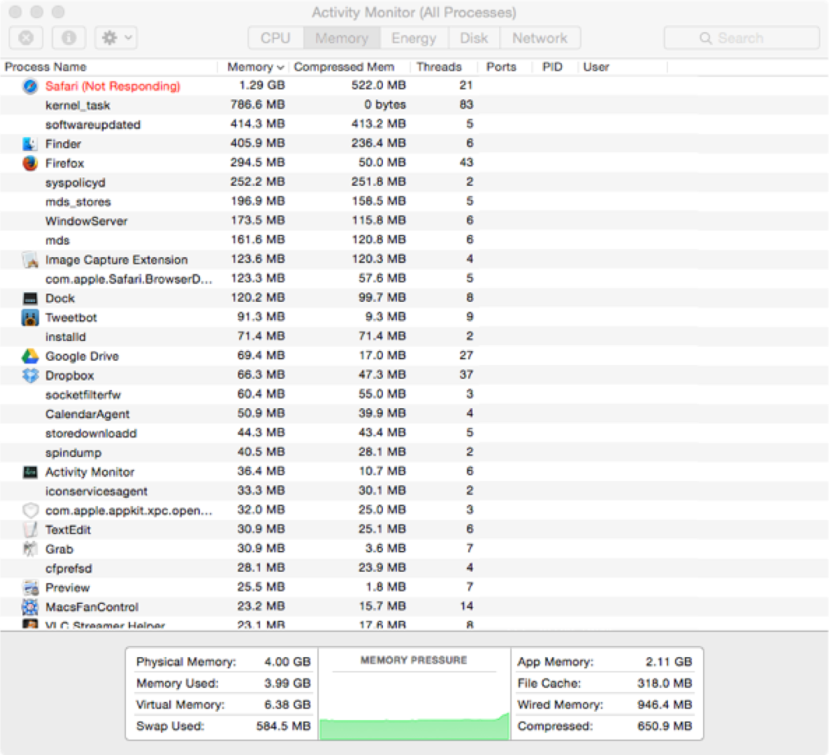 Well that’s probably OK as it’s the first time Safari is staring up in my account, so it’s probably doing a few things…

That’s a bit of a worry – a browser, which should be 2-300M in memory is not only consuming 3G Virtual Memory (I only have 4G real), but it’s now causing other programs like DropBox to “Not Respond”. That’s a serious load on the system!

and it peaked at 5G memory consumption – that’s for a browser!!! The Yosemite image comes on less than that! There is a serious memory allocation bug here, however it’s leveled out, so I decided to just let it run… No difference though, it just stayed at 5G so I had to kill it (after about 10 mins) 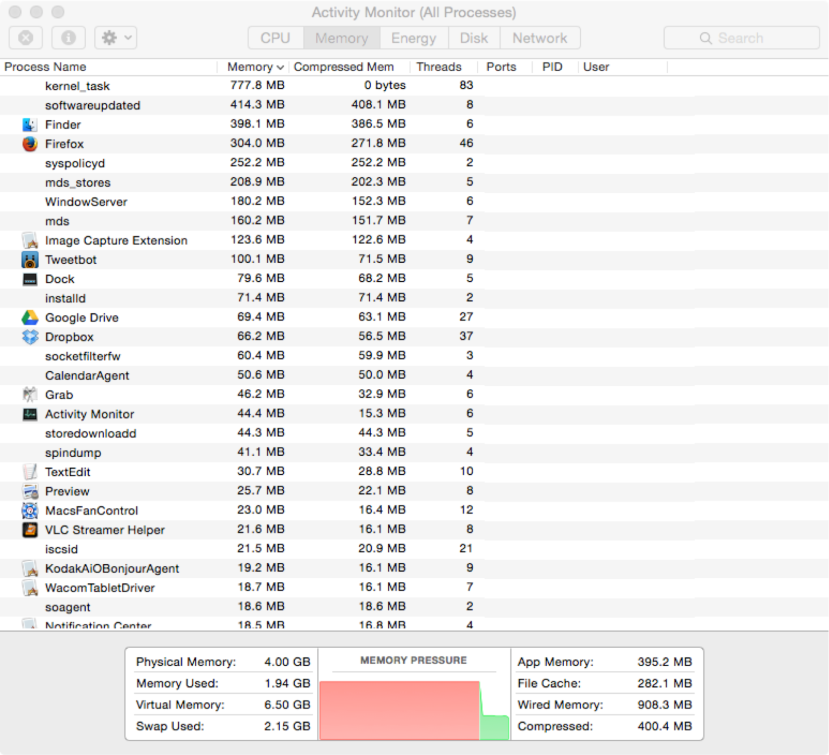 and of course everything went back to normal. To be fair, when I restarted it, Sarari, it was consuming less than Mozilla 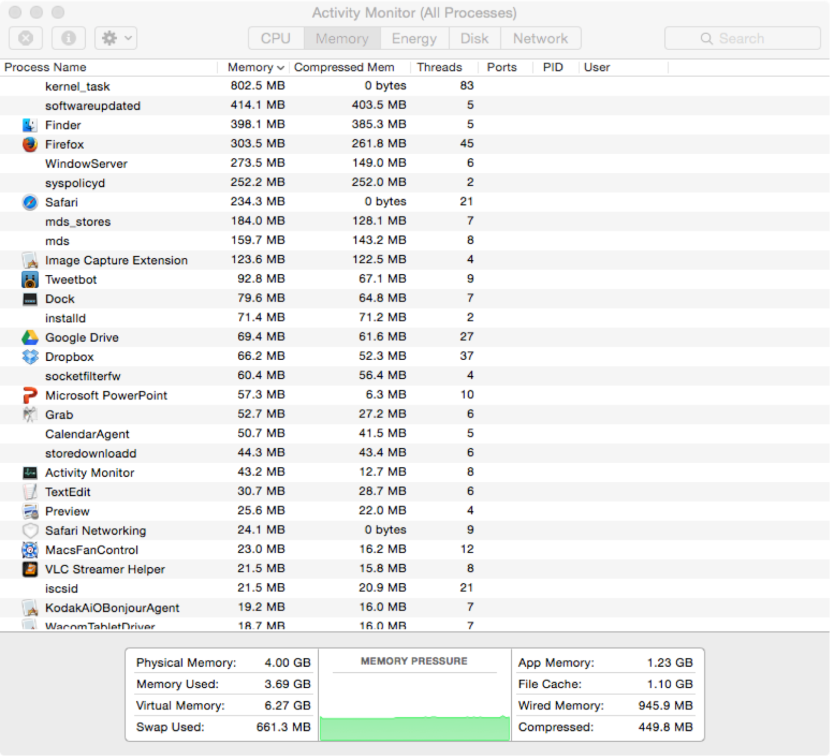 but there’s only 69M difference… Hmm… What to choose? A stable browser I’ve used for many years, or a “psycho browser” that chewed up 5G of memory on a whim? The choice is obvious!

Anyone who knows about the Broken Windows Theory of Software Development will realise that this is not a good sign. I’m not talking about some obscure utility that I had a problem with, this is the System Browser!

If I was Apple, I’d be worried about it… and I’d posit to say that if Steve Jobs was at the helm, this would of never happened. Unfortunately, the two people that seem to be “running” the company are Tim Cook (who is a classic Delivery Manager) and Jonathan Ives (Absolute Design Legend) don’t seem to understand one critical component to the whole “i-experience” – Software!

Yes, Jobs was a tyrant (I’ve met him and seen him meter justice to others for no good reason) but he did have an understanding of Software Quality, which is something that is sadly lacking with the current management…

Why did I write this? Because I love Apple products! I’ve been using and programming them since before they were “cool” (2002 – actually 1993 if you count NeXT) and don’t think it’s too late! Apple are starting to go down a slippery slope… If they pick up their game they can still produce “Insanely Excellent” products, but that’s to be determined. If they don’t, then people like me will switch to Windows (which is becoming “not that bad”) or Linux (which I can handle) and everyone else will switch to something else about 5y after…

PPS Another “broken windows” tip – who wants a calculator that has a translucent background on the display???

what if I had a light background behind it? That’s just crazy… Again, broken windows