Note: If you think I’m some kind of “Apple Hater”, read My History with Apple at the bottom

Apple seems to be suffering an all-round lack of quality in their software and some would say hardware – what to do? Before we get in to this, let me tell you my tale of woe… 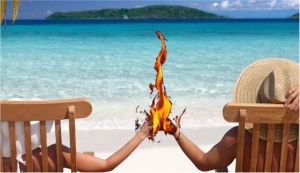 This post has been 6 months or more in the making, but has culminated with the problems I’ve been having with my iPad Air 2 over the past months. It all started so innocently – I was happily using iOS 7 and I’d installed a new App which said “In order to use this, you must use iOS8”. Fine, I thought – it’s been out for a while and there have been a few incremental updates (something like 8.0.3) so I upgraded. From memory, this one was OK, so when 8.1.2 or 3 came out I didn’t really think much and just upgraded, and that’s when my problems started.

It was a bit like a horror movie – you know, everything is fine, the sun is shining – living the good life (on iOS 8.0.3 :). Then, one day (some time in 8.1), something a bit out of place happened – I was finding it hard to close browser tabs – didn’t really think much of it. Unfortunately over the next few days, things got worse! Typing started either not getting the characters or doing multiple characters and it just got worse and Worse and WORSE! Basically, my iPad was bricked. “Luckily”, 8.2.2 had been out for a while so I upgraded, after checking the forums as some people reported it solving the problem. 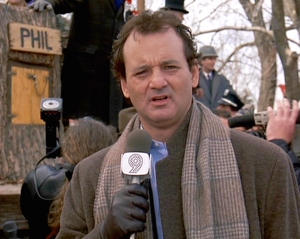 Then, like a groundhog day, all started coming back with the same pathology – first, an error here or there and after a few days – bricked again. 8.2.3 came out so I went to this – same thing – worked for a while, then bricked. I was at the end of my tether and was at the stage of buying a cheap Android tablet to use at work until Apple fixed things on the iPad. Again, as luck would have it, 8.3 is out and I’ve just upgraded today. I’m not holding my breath though as I know that this bug can surface after days or weeks…

My experience is not unique. In fact, I’m one of the “Lucky Ones” who didn’t have problems with iOS 7. Just Google “iOS problem” and you’ll find there are 194M pages!!! I know there are even more hits for Android (564M) and Windows Mobile problems (264M), but is that really something to compare to? Especially when both those platforms are on a wide range of uncontrolled hardware, whereas Apple is a “closed ecosystem” where they’ve designed every Apple Phone ever made. As a long-time (over 30 years – I started with an Apple II) Apple user I’ve seen an increase in the quality of their software, until the last few years. A bit like my touch problem, they surfaced occasionally, but were not of significance, but now we’re talking about many, releases with the same or worse problems – where will it end? Don’t think iOS 9 will necessarily fix everything as as iOS 8 was supposed to fix the problems of iOS 7!

What’s even worse, the “Crappy Quality Virus” seems to of infected the Mighty OS X. Touch wood and 3 Hail Mary’s I’m actually OK – running Yosemite 10.10.3 and no problems. Again, Googling “OS X problem” gives 264M hits – more than iOS! For both OS’s, there’s now a huge industry around documenting and fixing the various problems – all on platforms that Apple has total control over – THERE IS NO EXCUSE!

As I mentioned at the beginning, I’m not an Apple Hater. In fact, I’m an Apple Lover – I used to have the attitude of buying Apple for anything personal. Unfortunately, I’m now in the situation where if this doesn’t improve I’ll be replacing my iMac with one of the many all-in-one PC’s, and my Tablet with an Android or Windows one. I already have an Android phone as I was about to get a 5, but the company I was working for got pre-release devices and they kept (physically) breaking. 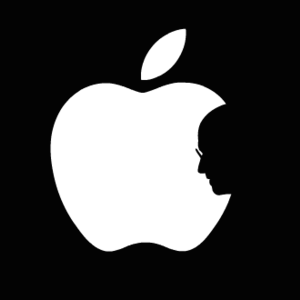 To the solution: I believe this malaise set in with the passing of Steve Jobs. For all his faults, the amazing thing about Jobs was that he got understood the Business, Design, Hardware and Software of making “Insanely Great Products”.

What have we now? We have Tim Cook who’s background is in Sales and Manufacturing and Jony Ive, the reclusive yet internally influential and widely acknowledged design genius (although I do question the “new blue folders” on Yosemite and the Apple Watch). What’s missing?

Name the people associated with those… There’s a hardware guy who we see in their videos, but I can’t find him on Google. For software, there’s Craig Federighi and I must admit I thought Phil Schiller was until I looked up Google and found he’s VP of Marketing! Therein lies the problem – there’s no outstanding person across Hardware and Software. Although the ideal would of been to find another Jobs to replace them all, I don’t think that would ever happen. What is needed is someone responsible for “Integrated Design” who can work with Ive, ensure the highest standard of hardware and software is produced to go in to the Objects of Desire that Apple makes and has the same visibility as Cook and Ive.

Why did I write this?

Probably mostly to get all this off my chest and also as a warning of what may happen to Apple if they don’t get back on track. We’ve seen so many companies like IBM and Microsoft fall so far when they lost their way, it would be a pity to see the same happen with Apple…

Finally, I have the tiny hope that someone at Apple sees and relates to it – I’d love to continue the conversation…

My History with Apple

As mentioned at the beginning, before anyone thinks of criticising this piece (which you’re free to do after you’ve read this :) here’s a brief history of my (hopefully ongoing) time with Apple products:

* For you young’ns, NeXT was what Jobs created after Apple fired him and NeXTstep was the operating system which became Cocoa – all those NS prefixed classes stand for NextStep

I’m always playing around with various curation mechanisms – there was (and kind of still is) the DailyRiczWest, but I still haven’t got that fully automated and as I’m not using Twitter at the moment it’s fallen by the wayside a bit. I am still browsing though, using Flipboard and wanted an alternative for curating content that I found. I’d had a look at Flipboard magazines when they came out but dropped them as soon as I figured out there was no way to share them with other people who don’t have it.

The GOOD NEWS? You can now share your Flipboard Magazines with people that don’t have it!!!

The process is so easy – when you’ve created a magazine, just go to it and tap “Share” then “Copy Link”, which you can then use in emails, web pages etc… I just created a static page, My Flipboard Magazines, which just contains static links to the 6 different magazines I have on the subjects of:

which I’ll then just tweet a link to every week using If This Then That. Not ideal, but another mechanism for curation.

It would certainly be better in the long term to also collate those ‘Flips’ (in to the magazines) in to a text file like I do with the DailyRiczWest, which is something I’m looking at currently and will blog about if I figure it out. If anyone knows how to do this already (using IFTTT or another mechanism) then please let me know or add a comment.