It had been a “long week”, so far, culminating on Wednesday with a successful crunch. On a whim we (myself, another Solution Architect and an Infrastructure Solution Architect) decided to head down the pub to blow off a bit of steam. As it was mid-week, we managed to grab a lovely “Chesterfield corner” talking a bit about the week that had been and patted ourselves on the back. As time progressed we started talking more about life and as the Jack Daniels and Coke flowed freely, somehow my other two colleagues (who are both in their early 30’s) got on to the topic of work prospects and their life so far. It all started with one of them saying how his wife who was a bit younger was studying for a PhD just to be able to get a job! What? It then emerged that both of these guys “just made it” in to “the easy life” that we older people take for granted i.e 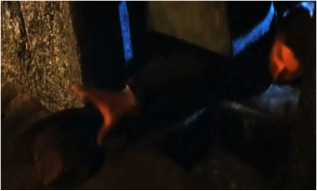 . you go to Uni and then get a job. One of them said he felt like Indiana Jones in The Temple of Doom where he only just makes it through the door and manages to grab his hat, as people a bit younger and just as or more capable as him were really scratching to even get a job. Not long after that, it was pointed out to me that these two guys were part of a generation where for their whole working career so far, they’ve only known debt and recession. Made me feel really lucky to of gone through the .com boom times…

Above: United Kingdom Unemployment Rate from Trading Economics from January 1975 to January 2013 with Trend and Mean

So is this just cyclical and they’ve had a bit of bad luck? If you look at unemployment since 1975, you can see that it’s actually trending down and is actually below that. Does anyone actually feel like that’s the situation overall? Of course not! What’s going on then? Ah, it’s the wonderful simplicity of linear models, which so many projections are based on. You know the old saying “Lies, Damn Lies and Statistics” – I’d add “Linear Statistics” as even worse! At least general statistics has a number of other models at it’s disposal. Can anyone say that the above graph is linear? What does it look like to you? I’d say chaotic periodical, but that’s only my “opinion”. Since I’m writing this blog post though, let’s go with that :-)

To continue, the next question is “what’s off the edge?” or “where are we going?”. I could do all sorts of Fourier Analysis and other fancy things (in a previous life I ate FFT’s for breakfast :) but this sort of analysis is beyond even that. I’m going to use the most sophisticated pattern matching technology available, my brain, which could be wrong of course as neural nets are just as capable of finding patterns that don’t exist as well as ones that do.

How did I come up with above? Pretty easy, with a few assumptions:

The fancy name for all this is a set of Affine Transforms.

So where does this leave us? Not in a good place as the graph above shows a jump in unemployment that will the these days look like “the good times”! Possibly going back to the 80’s… Will this happen? I sure hope not as I’m an optimist at heart and life wouldn’t be easy with our continually reducing spending power. Unfortunately, given the the slap on the wrist with a feather that the banks and financial system have been given so far, there seems to be nothing to stop a repeat another collapse happening as part of a cycle.

What can we do? Short of a revolution, nothing as the current system is so biased and now structured towards “the top n<10 percent”. What will I do? Be thankful for the comparatively privileged position I’m in, carve out a profitable niche and help as many people along the way.